There is something enjoyable about slowing down, taking a seat and having a cup of tea. I am not talking about your posh, formal English High Tea — but something just as civilized in the true sense of the word — and to me more enjoyable.

When in Burma I quickly discovered that one of my favorite activities was going to a local tea house and just watching the world go by. It took a few tries to figure out Burmese tea house etiquette but inmost tea shops it is the same. Find a stool, usually a very short plastic one, sit at a table and grab cup from the ones already sitting there. If the cup isn’t looking too clean use some tea from the pot already on the table wash it and wipe it out with a napkin. Don’t worry, people won’t think you are a hypochondriac; this is what the locals do as well.

The tea in the pot is Chinese Green Tea. It is free and there for you to drink as much as you like. When the waiter comes over you can then order a stronger black tea. You can have it plain if you want but most people drink it with sweetened condensed milk. Usually while you are sitting a plate of something to eat will arrive and be put on the table. Sometimes it is candy, other times it is a savory pastry or something else. You will be expected to pay for what you take but invariably, especially in the more crowded places, it will be something delicious and the bill, everything included, only comes to a dollar or two. A Burmese tea house is often the hub of social life in Myanmar’s neighborhoods and well worth slowing down to enjoy. 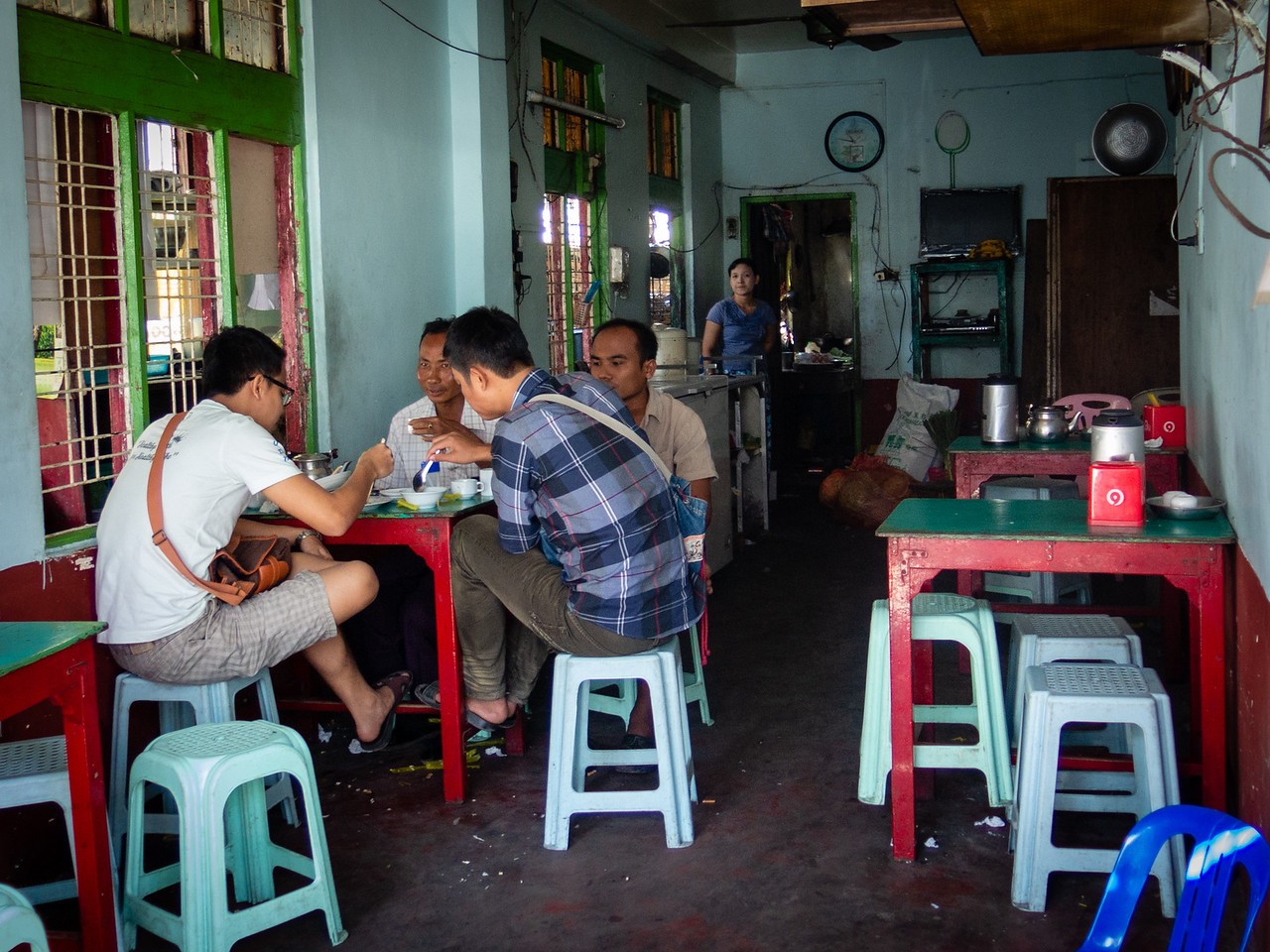