Fifteen kilometers from Chiang Mai, Thailand is one of the country’s most sacred temples, Wat Phra That Doi Suthep, usually known simply as Doi Suthep, a name it shares with the 1,676-meter tall granite mountain that the temple towers over the city from. At night the huge golden chedi can be seen as a beacon from the surrounding area. The temple is reached by climbing a 306 step staircase with an intricately carved representation of the mythical Naga Serpent as handrails. 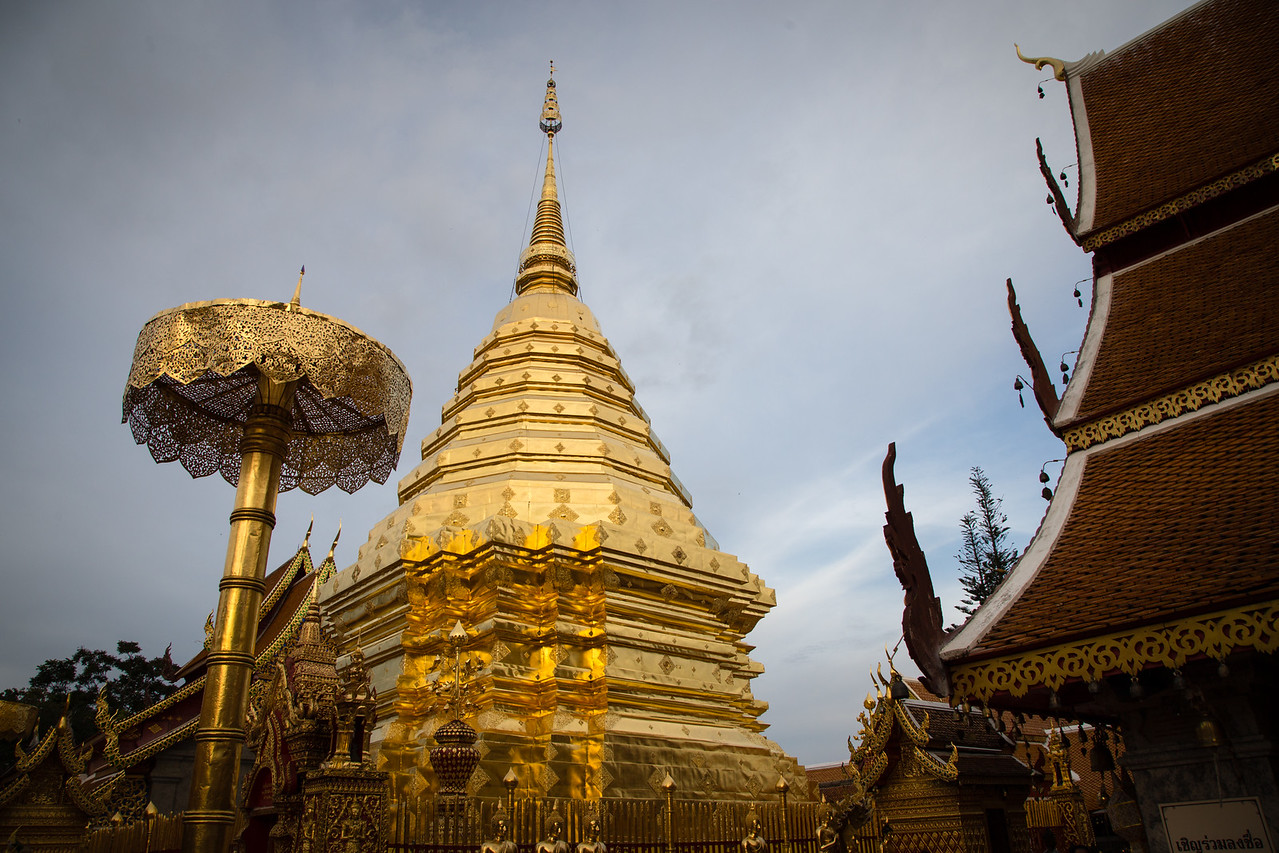 The Golden Chedi at Doi Suthep

The original chedi was built 1383 and the wat has been greatly expanded and remodeled over the centuries. The first road to the temple wasn’t built until 1935. Legend says that a white elephant, carrying a relic of the Buddha, was released into the jungle and began to climb the temple’s mountain. The elephant trumpeted three times and then died on the mountain. Seeing the elephant’s death as a sign, King Nu Naone ordered that a temple to be built at what is now Wat Phra That Doi Suthep. 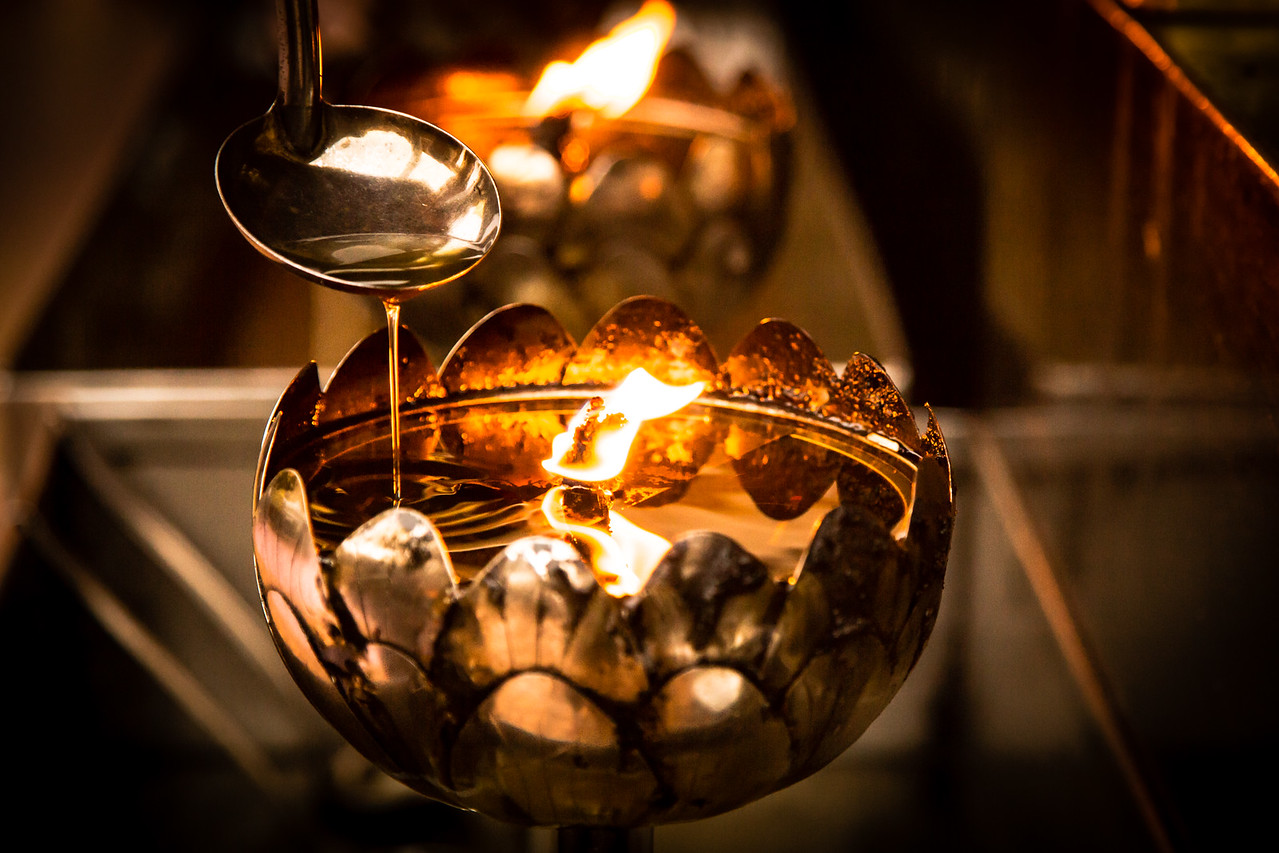 Doi Suthep is still very much a working temple and one of the most visited places in the north of Thailand. It is also a fascinating place to photograph and just watch the movement day to day life in this sacred place. The ride to the temple, especially on a motorcycle, offers some nice views of Chiang Mai and it is a great place to escape the heat of the city and enjoy another retirement mini-adventure.

Reflection of the Buddha in an Oil Candle 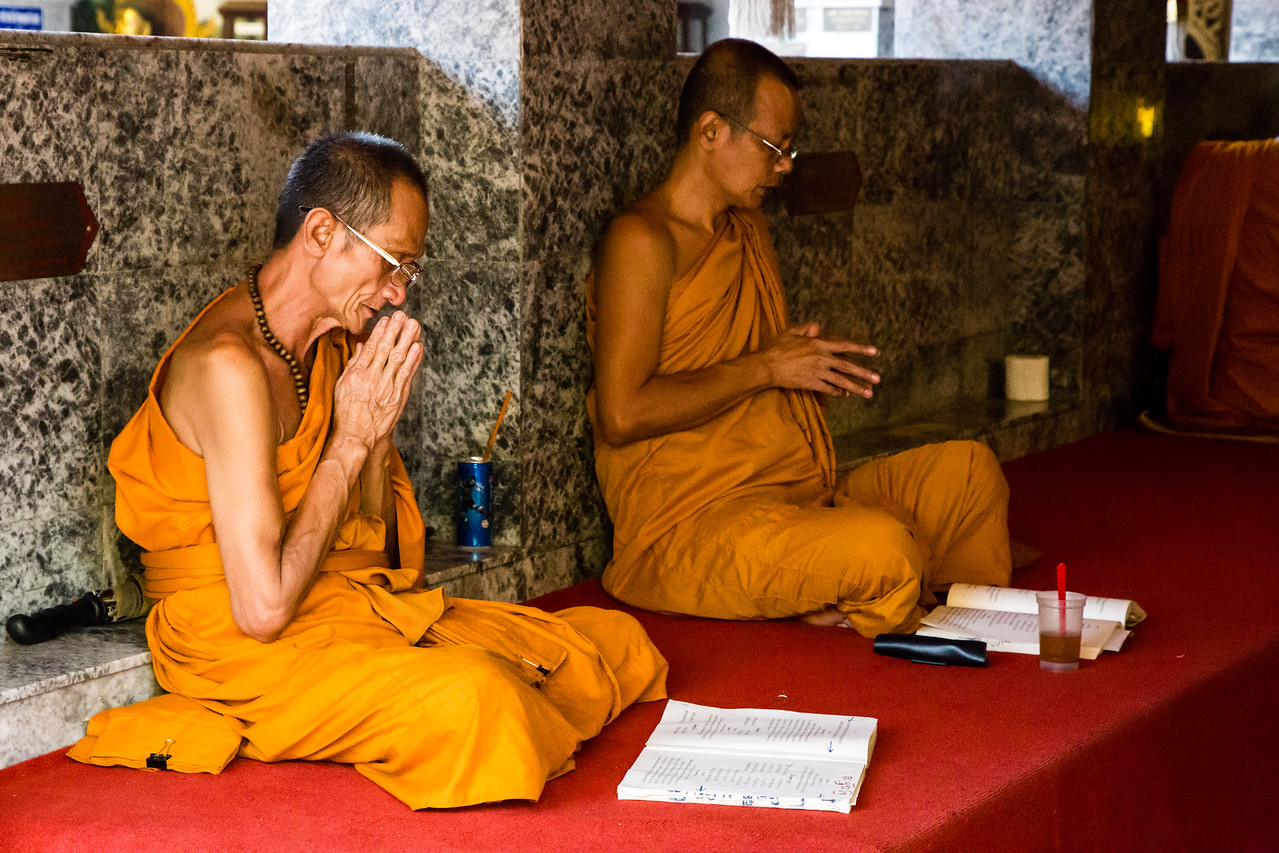 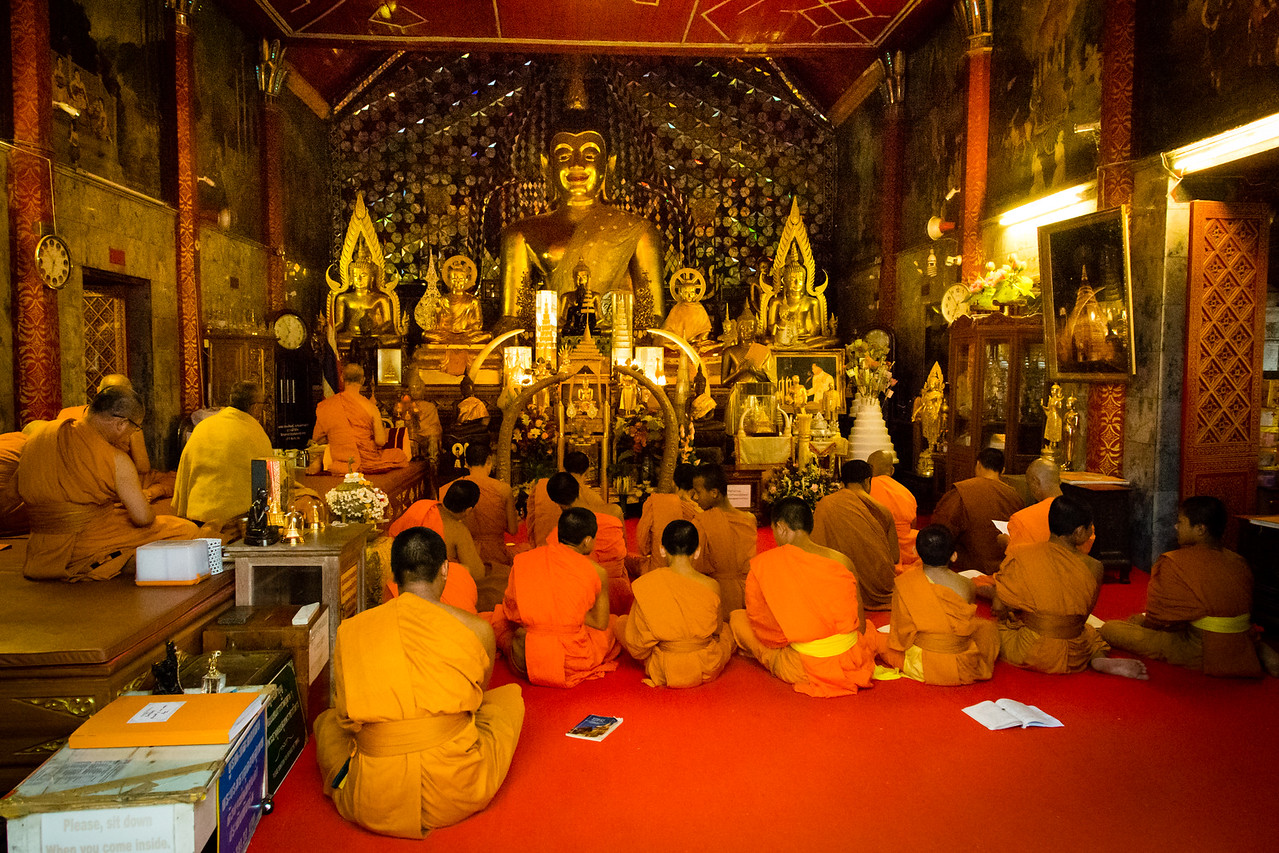 Monks Worshiping in the Main Hall 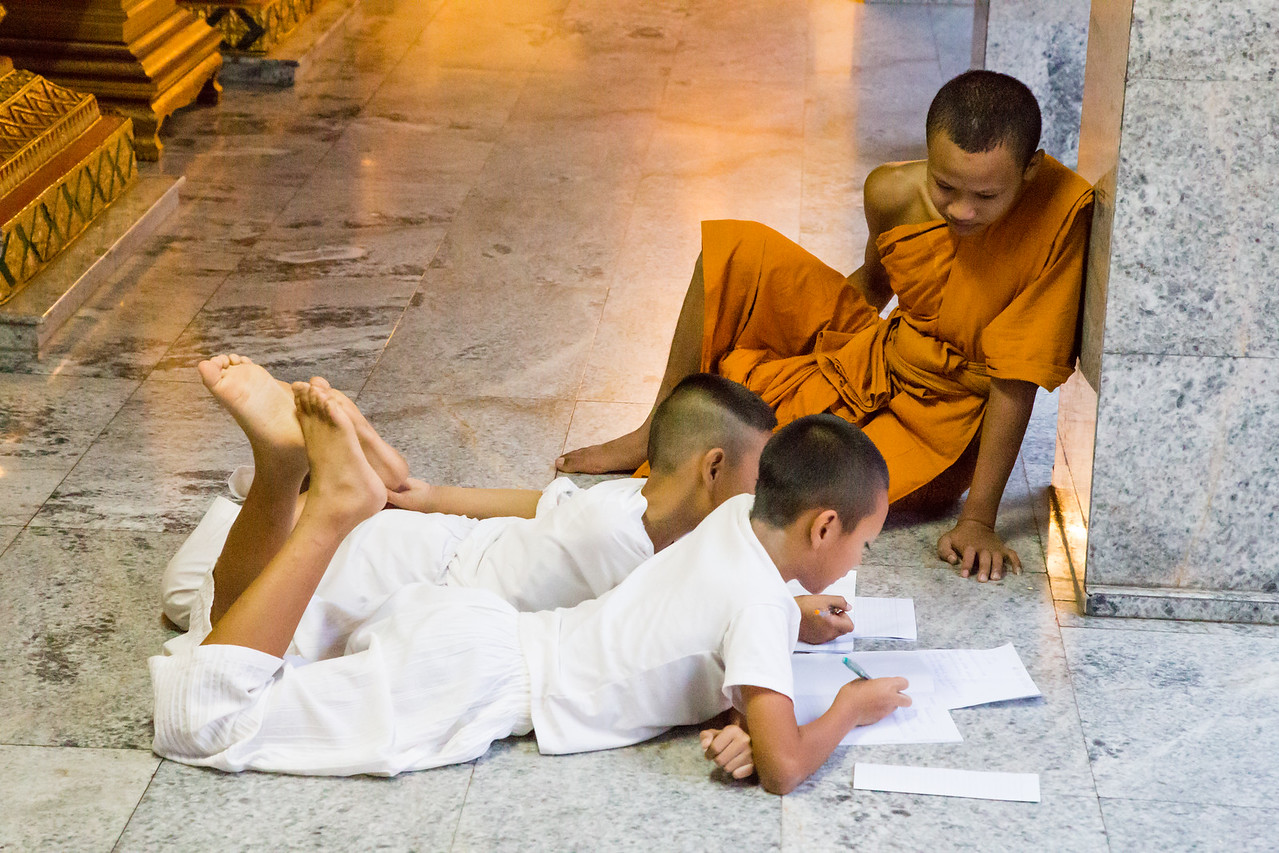 Novice Monks Studying at the Temple 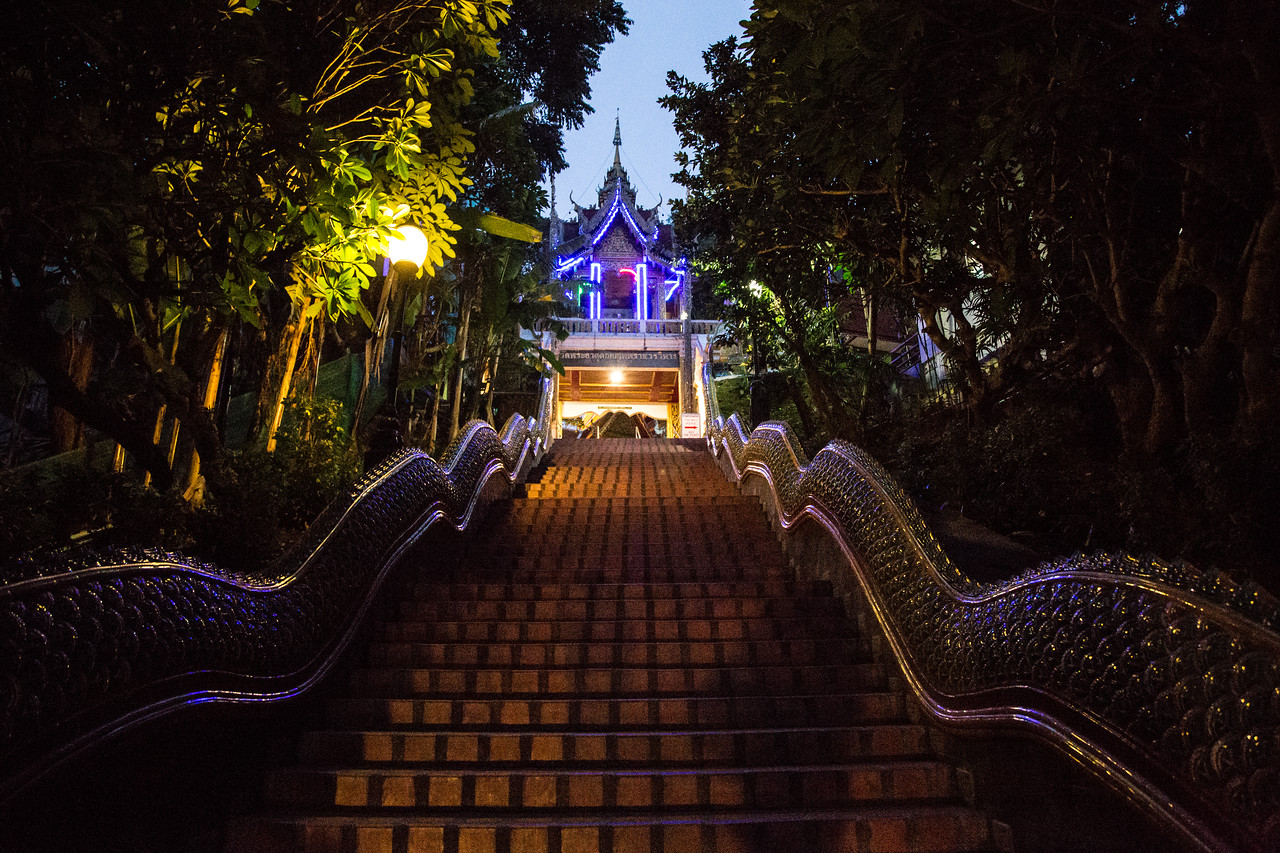