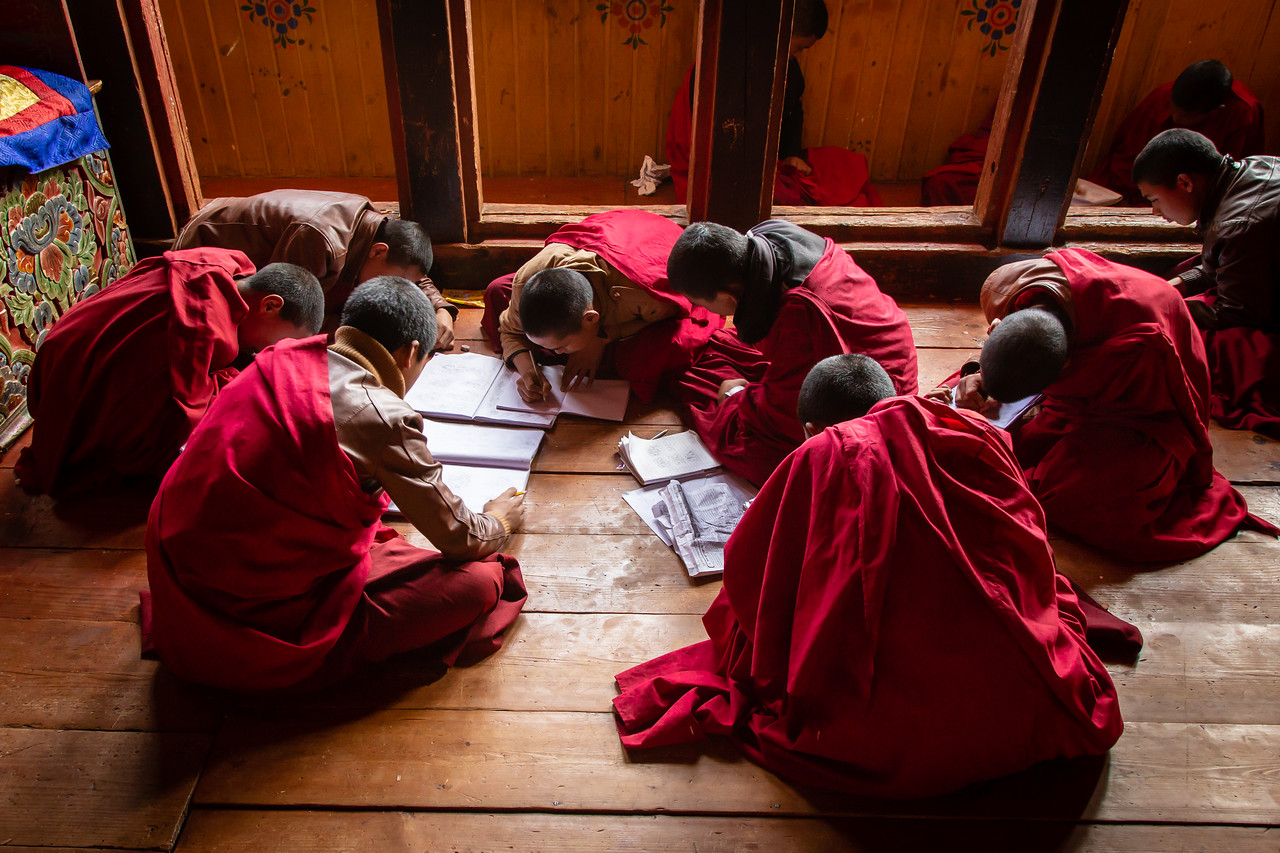 Jakar Dzong (Temple) in central Bhutan, is situated high on a ridge above Jakar village in the Chamkhar valley in the Bumthang District. Built in the mid-16th Century it still very much a working Dzong. Normally you aren’t allowed to photograph inside the sacred areas, where these monks were studying, but through our guide, I was given permission if I didn’t include any of the sacred objects. I found this scene so appealing because it so clearly illustrates that the Bhutanese value education and even in less ideal conditions – it was cold there – the students continued to study.