Road Trip from Toronto to Texas 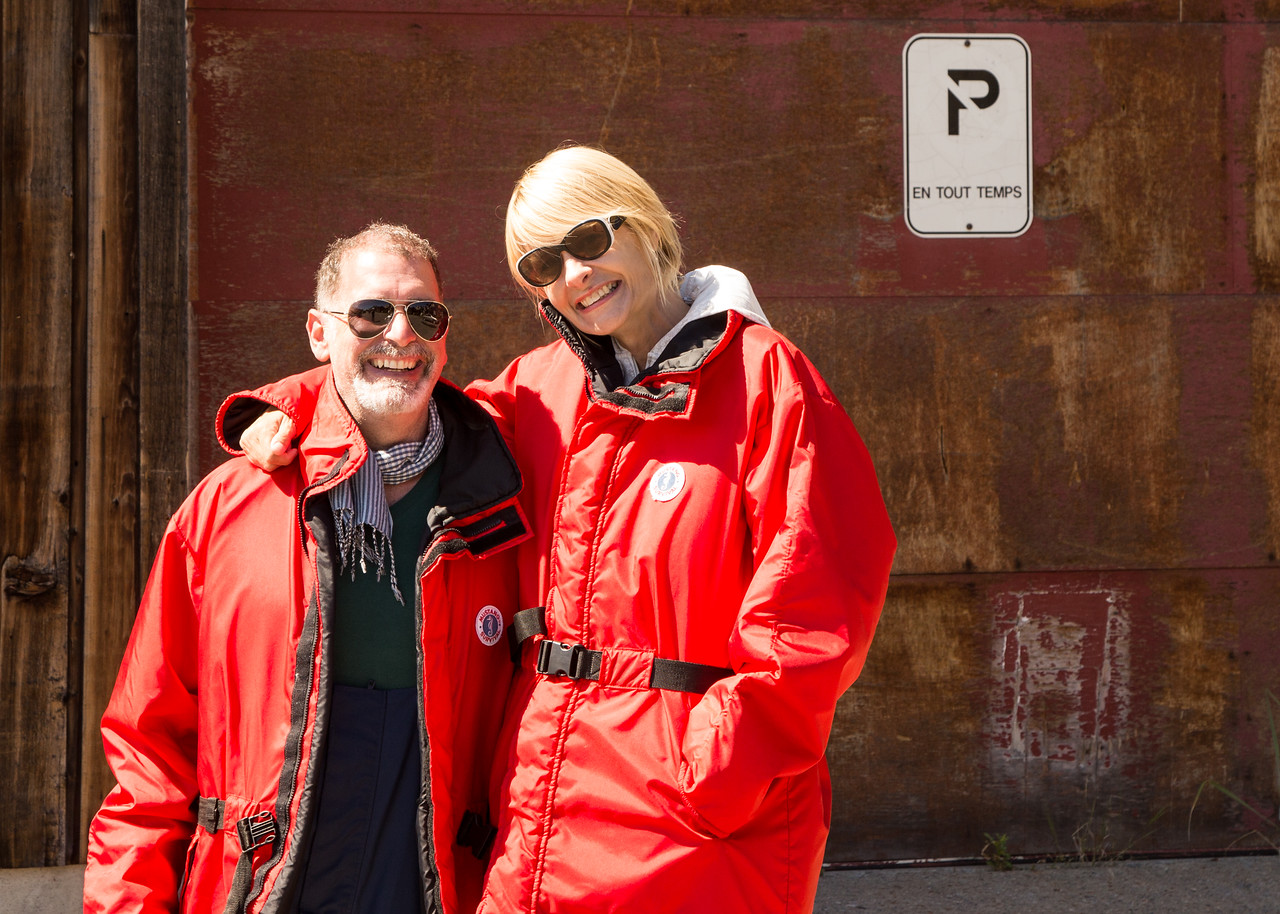 Road trips have been a part of American culture since the invention of the automobile and the construction of roads connecting faraway places. I have always been fascinated by the being on the open road, combining a little planning with a lot of serendipity, and letting things unfold. By necessity, a road trip always involves a little bit of drama, some mystery and many puzzles to solve and I enjoy the challenge. Historical places, wide open vistas and the Yin-Yang tug of being in a new and amazing place balanced by the pull of the open road and new adventures to be had is, to me, irresistible.

I am writing this blog post from the lobby of a 150-year-old hotel inside the city walls of Old Town Quebec, Canada. Last week Sarah and I began a five-week long road-trip that will take us through large parts of Northeastern Canada and the Eastern United States. Along the way, we will be staying in everything from roadside motels, guesthouses, bed and breakfasts, hostels and five-star hotels.  We will be seeing family, visiting with old friends and hopefully finding more places to fall in love with.

The genesis of this trip was a gathering of Sarah’s family from the UK for the wedding of her nephew in Toronto. It had been a while since Sarah had had the opportunity to see North America and I hadn’t been to the United States for more than stop-and-go, for a few years and the wedding was the perfect opportunity (excuse) to see some new places and rediscover some well-trodden ground.

“Maid of the Mist” at Niagara Falls

The adventure part of this trip got a great, and rewarding, jump-start when Sarah arranged for us to transport a “few dogs” rescued from the dog meat trade in Thailand by the Soi Dog Foundation to new owners in Canada. Well, a “few” turned in to nine, yes nine, dogs accompanying us on our flight from Bangkok to Toronto. Due to tropical cyclones, flights delays and a little bit of miscommunication by the airlines, there were some crazy elements involved, but I think that is something best left for another blog post. Let’s just say it was rewarding and emotional to see these dogs connected with their new owners in a safe place.

After flying literally halfway across the world, we settled in for a few days of family time and a little bit of sightseeing around Toronto. Because renting a car in Canada and leaving it in the United States is prohibitively expensive, I make a quick trip across the border to Buffalo, New York (Yes! Real Buffalo Wings) to pick-up a car while Sarah caught up with family. We visited Niagara Falls, discovered poutine, stayed out too late and generally just had a good time.

The real voyage of discovery consists not in seeking new landscapes, but in having new eyes.- Marcel Proust

After many hugs, a few tears and a lot of assurances that we would all meet-up again soon, Sarah and I were off to Montreal. We were both excited because neither of us had visited there before and, with our family obligation fulfilled, the Montreal Ritz-Carlton had agreed to sponsor us for a few days of pampering and ultra-luxury. Again, I am going to go into most more detail about Montreal (which we loved) and our stay at the Ritz (which was fantastic), but there is so much happening right now it is hard to find the time to write.

After two nights in Montreal, we have now made our way to Quebec City, Quebec. We have spent the last few days wandering the streets of the Old Town, hiking through the old forts and the Plains of Abraham battlefields and watching giant ships move up and down the Saint Lawrence Seaway. I never realized that Quebec has a great craft beer culture, not unlike Belgium, and after so much time in Southeast Asia, my taste buds are beginning to recover from too many watery lagers. 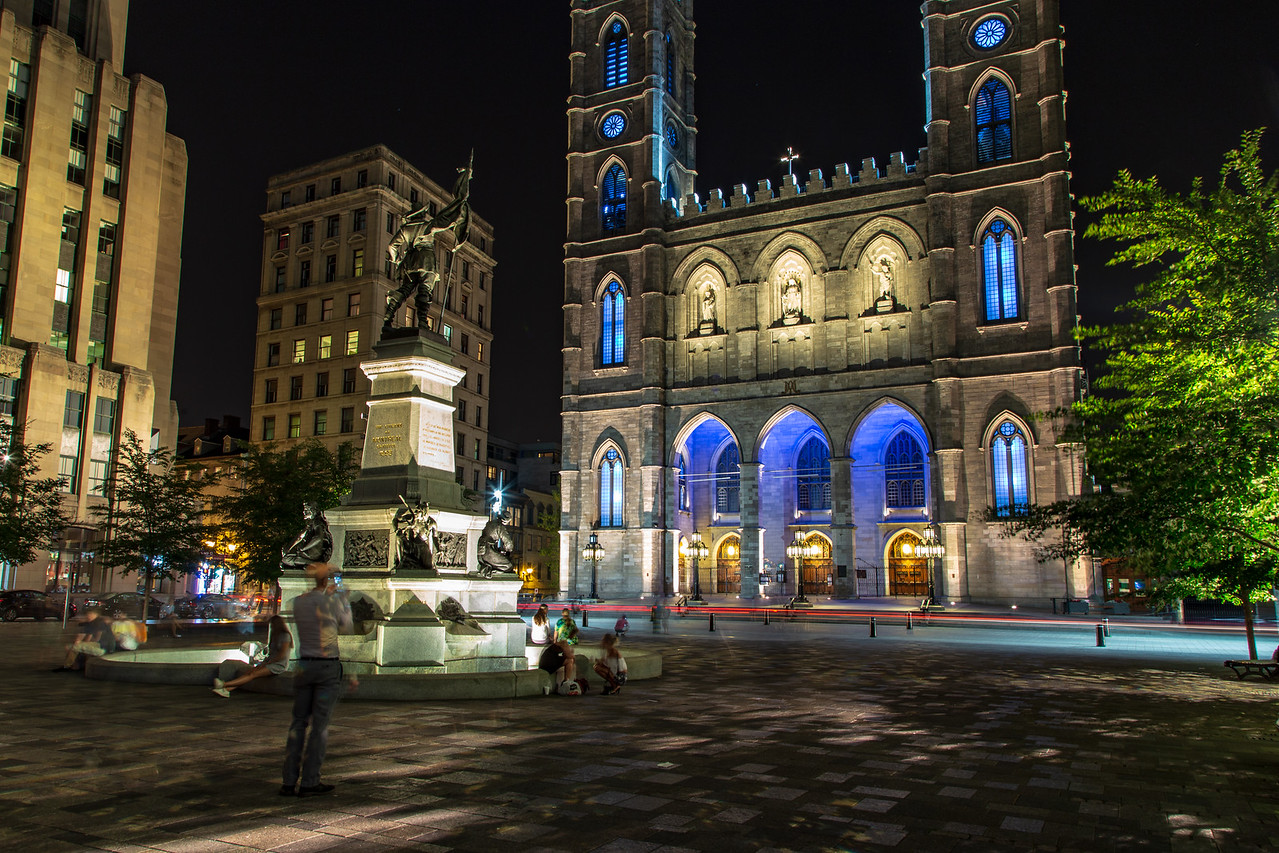 It is going to be hard to leave the sidewalk cafes, the flower-filled parks and the city walls of Quebec City, but from here we are going to go further into the wilds of Canada to do some hiking, watch the Blue Whale migration and partake in the offerings of country alehouses. Sarah wants to see Black Bears in their natural habitat and I, of course, want to take pictures some of the old fishing villages. After that things are pretty fluid. We are going to Maine to meet with some friends we know from Chiang Mai and Mexico, visit with family I haven’t seen in far too long and eat lots of seafood and many, many lobsters.

We plan to spend some days in New England exploring the coastline and from there head south to pick up the Blue Ridge Parkway through the Appalachian and the Smokey Mountains. We plan to spend some days in Asheville, North Carolina – one of my favorite cities I have never been to – before moving on to Nashville, Memphis, and New Orleans. At some point, we will end our trip by spending some time in Texas with friends and my family.

Fireworks on the Promenade in Quebec City