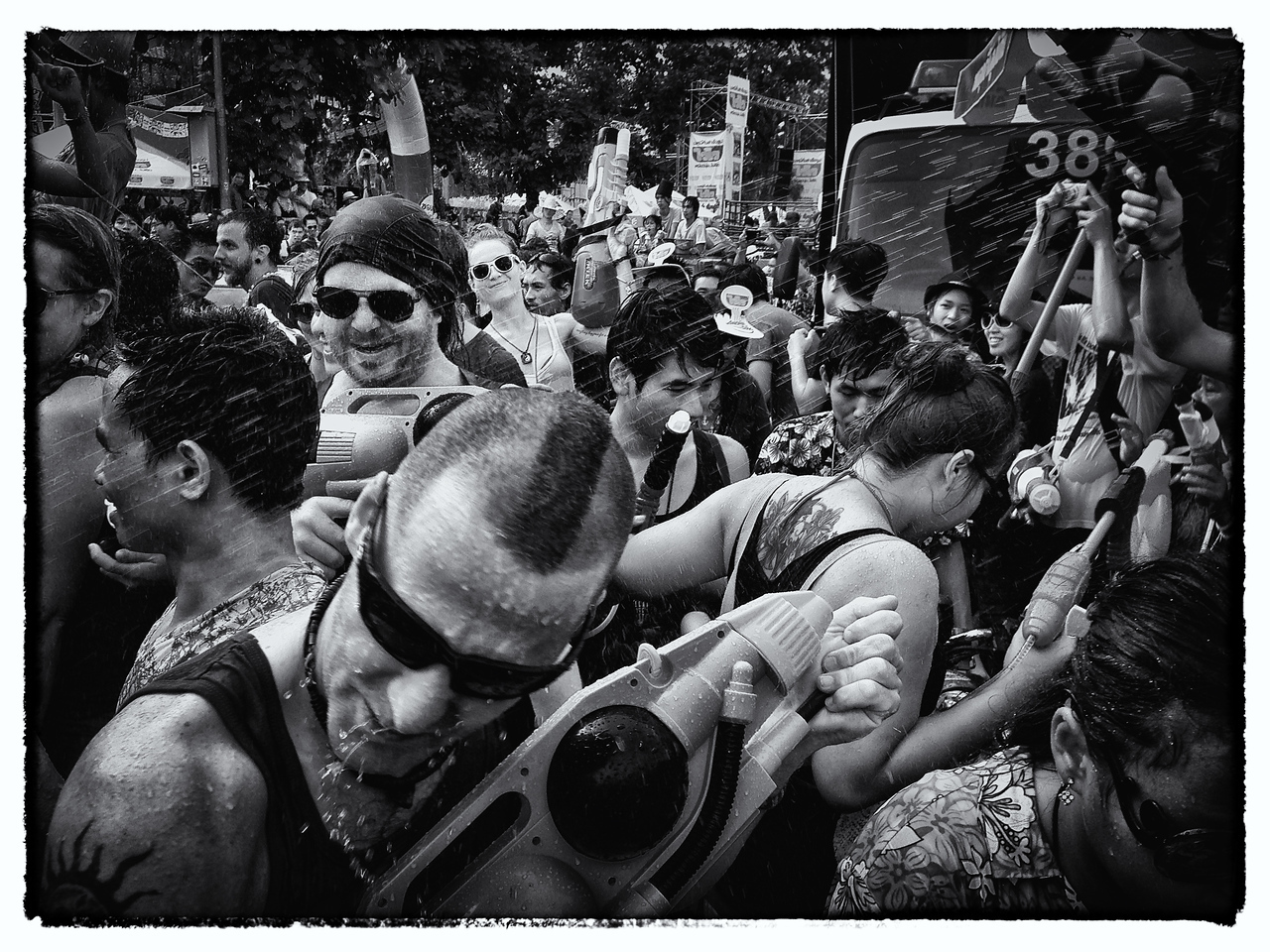 T. S. Eliot said, “April is the cruelest month” and, although I am sure he wasn’t talking about Songkran in Chiang Mai, Thailand, April is the most sweltering month here in Southeast Asia with temperatures often rising to over 100 degrees Fahrenheit.  As temperatures rise the air in many places is also filled with smoke from the springtime burning of the rice fields. Rains rarely come in April but fortunately for Thais looking for a respite, there is Songkran!

Every year on April 13, 14 and 15, Thailand celebrates New Year (for the third time) with Songkran, the world’s biggest water fight! If you want to let loose and celebrate your inner child, this is the place to do it. Basically you take about 60 million Thais, fly in a few million “farangs” (foreigners) specifically for the event, arm them all with giant squirt guns and other water delivery devices of mass destruction and let them loose on the streets to “bless” each other with water. People of all ages participate and do so with gusto and exceedingly good humor. It is total mayhem. There is no sense fighting it. Spend any time on the streets and you will get wet.

This year I began the celebrations in Bangkok. The morning began fairly normally but around lunchtime in the Silom area anyway, things got crazy. Streets were blocked off, water trucks were brought in and otherwise, mild-mannered Thais apparently overwhelmed by a sense of ancient tradition and a need for frivolity let loose. Water was spraying everywhere! Everyone was laughing and playing together just like good children should. It was fun and I didn’t want to leave but I had to catch a flight to Chaing Mai; for even more Songkran festivities.

While Bangkok parties things get even more intense up north in Chiangmai. Holiday revelers pack “Old Town” and areas near the ancient moat with squirt gun vendors, street food stalls, water proof phone case hawkers and whatever else is required. The whole city is armed with everything from buckets to “tactical squirt weapons”. The fire department is called in to not to fight fires but to spray crowds. Bands perform, teenagers swim in the moat and everywhere people are throwing water. It is hard to describe the joy I felt participating in this ancient ritual. One thing I did learn for sure; my inner child is still there and has a huge grin on his face.