Taking a Leap of Faith 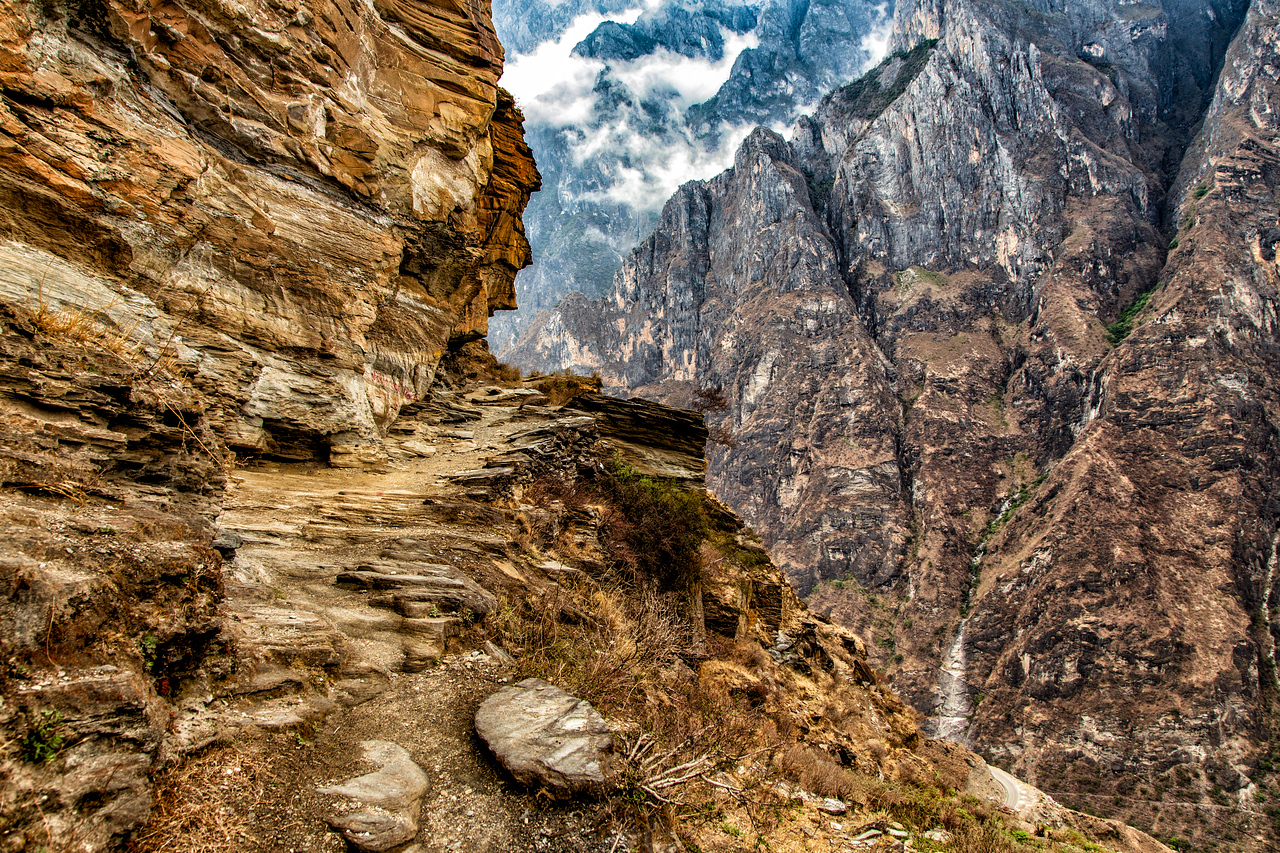 What is a Leap of Faith

“Making the leap,” or “taking a leap of faith,” are popular expressions that mean, to jump, metaphorically, from one point to another and rely on faith to keep you from crashing into an abyss. The phrases imply you must surrender knowledge and common sense; and trust in luck, instinct, coincidence, or maybe something more metaphysical, to survive. Perhaps that works for some people, but faith (belief without sufficient knowledge or reason) is not how I chose to make life-altering decisions.

How I Made My “Leap of Faith”

Seven years ago I made what many people consider to be a life-changing leap of faith. I was comfortable; I was making good money; I was buying lots of “stuff.” But, after 25 years at the same job, I desired something different. I had possessions, but I longed for different landscapes, different cultures, different experiences and different challenges. I was, as Mark Twain said, comfortably “vegetating in one little corner of the earth.” The consumerist lifestyle that I once used to reward myself and distract from my true desires had grown cold. So, I closed my eyes, and I made the leap – I took early retirement, sold almost everything I owned, and began traveling the world. That is the simple explanation. The reality is more complicated.

Fear of Taking a Leap of Faith

Before I took what looks like my leap of faith, I devoured as much information as I could about the world I was going to be exploring. I read biographies about people who had taken their own, so-called, leaps of faith, the adventures they had and how they accomplished their goals. I devoured other books about traveling, poured over maps and studied statistics about far away places. I learned about what it cost to live in different areas, immigration rules for various countries and analyzed data about crime in different areas of the world. This homework may sound like drudgery, but I was as passionate about my research as other people are about their own hobbies.

When my retirement date came, I was armed, not only with desire but with information. I had learned that many places in the world are safer than where I was living then, that immigration rules are sometimes designed for retirees and in many places healthcare is modern, available and more affordable than what I had been led to believe was the best. Happily, I had also confirmed that living expenses in many other countries were far less than what I would be facing if I elected to stay home and I had the comfort of knowing there are a lot of people “out there” doing what I dreamed about.

Roadblocks to Taking a Leap of Faith

One thing to remember, while you contemplate making your leap, you will encounter people who are willing to share their fears and give you their gut opinions about whatever it is you want to do. Usually, these people are well-meaning but don’t allow their feelings to invalidate your facts. Sometimes the naysayers will try to discourage you simply because they don’t share your dreams and are intimidated by people who strive beyond the ordinary. Recognize this for what it is and don’t let it intimidate you.

Why Take a Leap of Faith?

Life is too precious to spend in a never-ending, self-defeating loop of second-guessing and fear. Break out of your comfort zones, and don’t allow conventional thinking or habit, to distract you from what will bring you authentic happiness. Think about your life as a play. If you wouldn’t be interested in watching it, why would you want to live through it? It is never too late to spice up the script.

Finally, my decision came down to, am I going to be happy continuing my life as it is, or am I going to regret not trying something different? When I looked at it that way, the choice was obvious. I had enough information and so much desire that my leap of faith felt more like a logical next step than an enormous risk. My want to try new things dwarfed my fear of failing and ultimately, “failure” only meant changing my mind and going back to how things were. No big deal.

Making the Leap Does Not Need to Be Scary

Not everything in life has to be overly contemplated or planned. There is beauty in serendipity and allowing things just to unfold, and for day to day decisions, I often live my life that way. Sometimes “going with the flow” and not resisting is marvelous as long as you are happy with the stream you are floating in. But, if you want something substantially different, taking a leap does not need to feel scary or even be risky. If you have enough desire and awareness, and you are prepared; taking the leap need be no more frightening than crossing the street.