Tamale Delivery on the Beach in Mexico 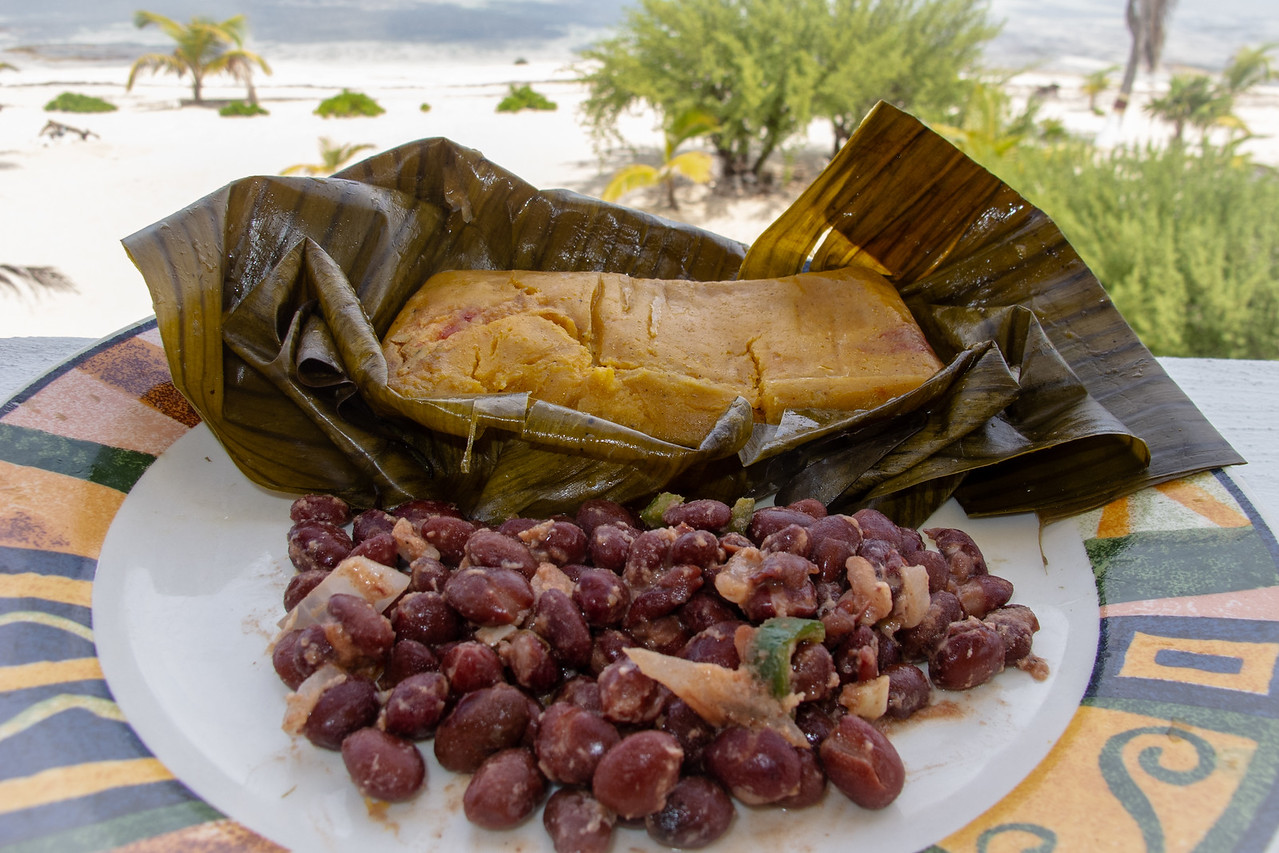 Tamale Delivery on the Beach in Xcalak

One of the many concerns I had after we decided to retire and live off the grid in Xcalak our first was the availability of good, local food. Oh sure, we knew we would eat. There are small convenience stores in town where we get many basics. We can also stock up in the large grocery store, Chedraui in Chetumal, over three hours away. Our biggest concern was for local variety and quality. Well, that seems to pretty well be taking care of itself. Out here on the beach road north of town things come to you.

About three times week food trucks come by and deliver fresh fruit and vegetables. They also generally have beef and chicken but usually not fish. Fish is bought in town from either the co-op or directly off the boats from the local fisherman. You never know exactly what you are going to get but usually, it is good, fresh and you know it hasn’t been farm raised in China. It is lobster season now and recently we were able to get some so fresh that the just detached tails were still twitching as we put them on the grill. (A little too much information?) In town, there is also a tortilleria (tortilla maker), a Panderia (bread maker) and from what I understand there is even soon to be a beer brewer (cerveza fabricante)! Eggs can be bought right from the chicken: Well, not exactly but you know what I mean.

I have always been a fan of street food. I find that pretty much wherever you are, on local streets, food right off the cart/trailer is usually fresher, tastier and most likely produced from local ingredients. Street food also gives you a genuine sense of the place from where it is produced. But, here on the beach road the term “street food” takes on a whole new dimension.

This morning a man and his wife came by delivering fresh tamales – wrapped in banana leaves instead of corn husks – right off the back of their truck. They were flawlessly seasoned, firm but still flakey and still warm from that morning’s steaming. In other words; perfect.

Naively, at one point I was actually hoping that being “so isolated” would present itself as a good opportunity to lose weight and get in shape. In reality, there are far more food temptations here than we imagined. So tomorrow, since I know I won’t be automatically forced into dieting, I am going to make an effort to cut back. But for today there are homemade tamales and salsa on the table for lunch and half a lobster and mango pizza in the refrigerator leftover from last night’s dinner. Now that I know we get tamale delivery right on the beach, I think I am going to have to redefine my notion of, isolated.