Temple of Isis at Philae, Egypt 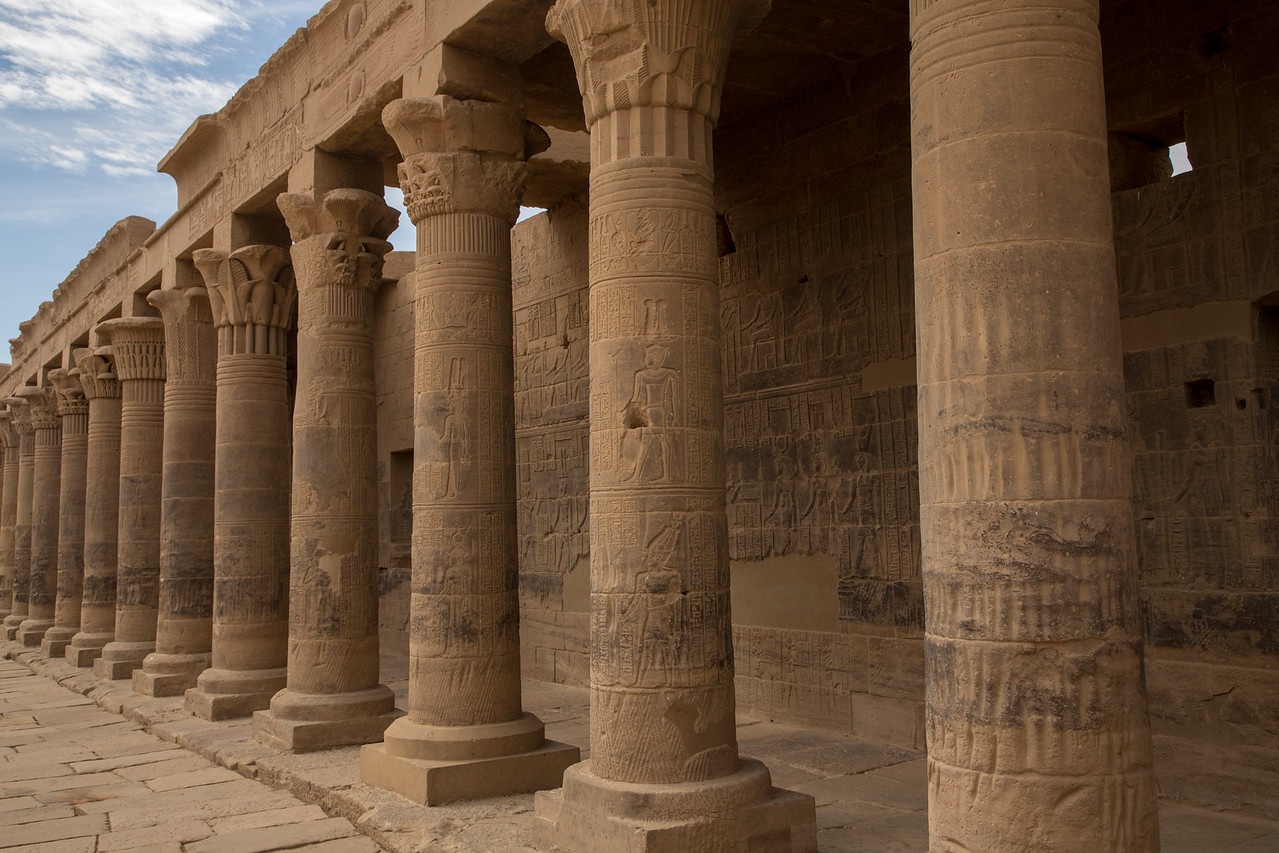 Main Courtyard of the Temple of Isis at Philae

The Temple of Isis at Philae, an Egyptian Temple originally located in the Nile River on nearby Philae Island, was moved in the 1970’s to its new location on Agilkia Island after the flooding of Lake Nasser. The temple was built during the 4th Century BCE and is dedicated primarily to Isis (the mistress of magic and the goddess of rebirth) but Osiris, her husband, and Horus, her son were also worshipped there. Isis was worshiped at Philae until around 550 CE when emperor Justinian closed the temple. The early Christians then defaced many of the ancient carvings, wrote over some with carvings of their own, and transformed the temple into a church. 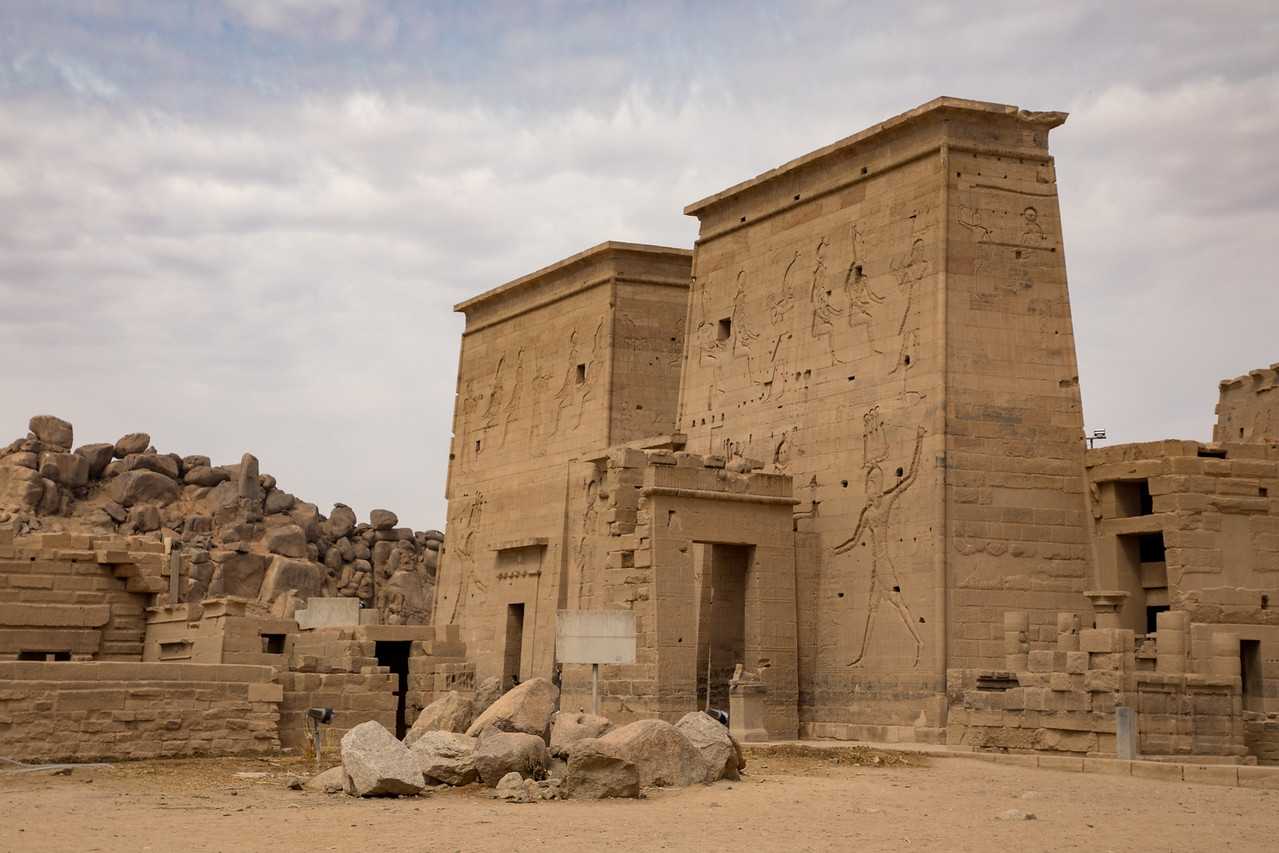 Entrance to the Temple of Isis at Philae

You enter the temple through two enormous 18 meter high pylons that are decorated with giant reliefs of Ptolemaios XII (father of Cleopatra), smashing his enemies. Inside the temple, the walls are covered with carvings depicting scenes from the life of the goddess and her family. Outside around the temple are various other buildings including Trajan’s Kiosk and the Kiosk of Nectanebo.

I was at the Temple of Isis at Philae as a guest of On the Go Tours on the Abu Simbel Sun Festival Tour, which is an easy, and a very enjoyable way to experience Egypt. Also, On the Go is offering an exclusive deal for LifePart2 readers – save $100 off any Egypt tour with On The Go Tours! Head over to their website to find your perfect itinerary and get in touch, quoting “LifePart2” to get your discount.

You can see more of my Pictures of Egypt here. 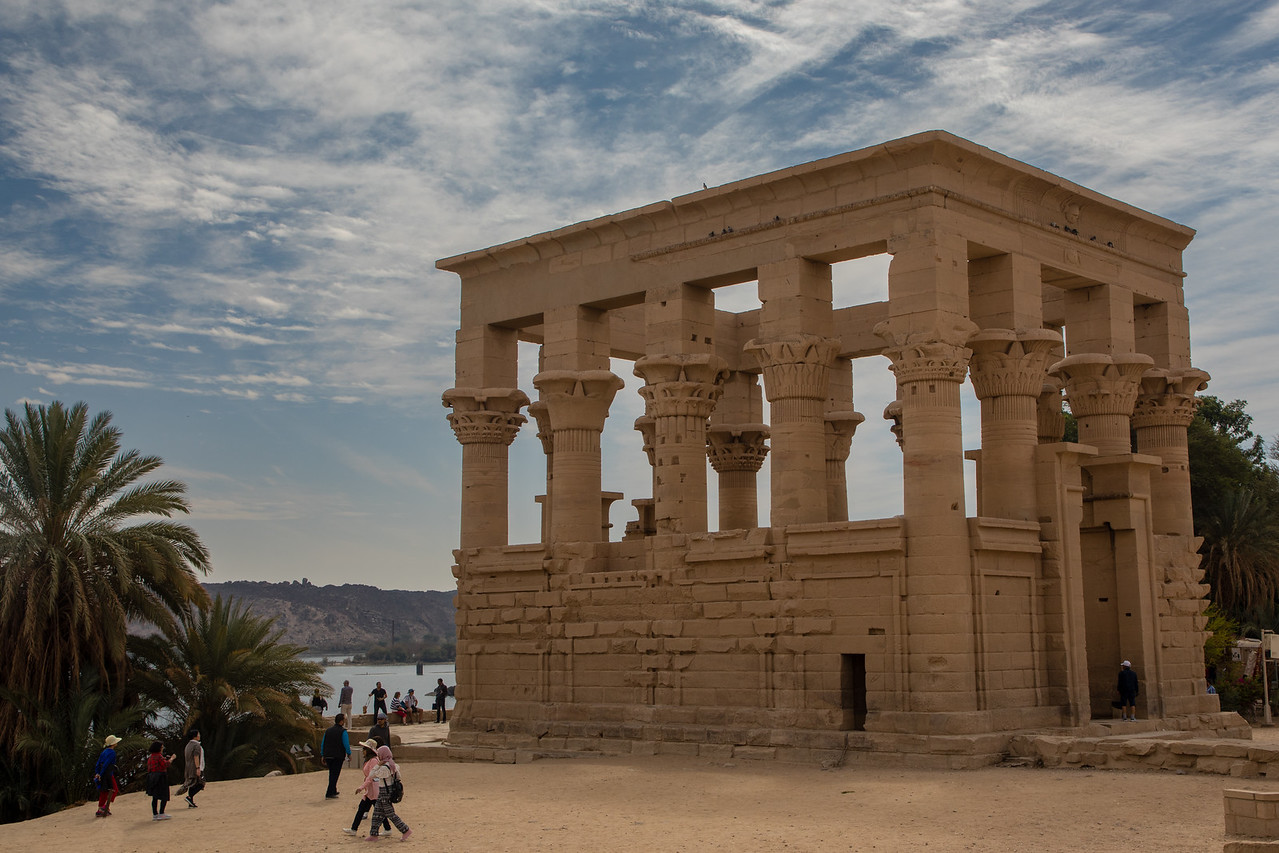 Tips for Visiting the Temple of Isis at Philae

Getting to the Temple of Isis at Philae:

The temple is on an island very near Aswan, the Aswan High Dam, and the Unfinished Obelisk:

You can take a taxi (or apparently a horse-drawn carriage.) An excursion by taxi to all three of these sights should cost no more than 100 Egyptian Pounds (around $6 USD)

To get to the island you will need to take a motor boat or felluca. Negotiate wisely as some boat operators tend to take advantage of tourists. The cost for the public ferry to Agilkia Island is 4 Egyptian Pounds (around 25 cents)

Opening Hours for the Temple of Isis at Philae 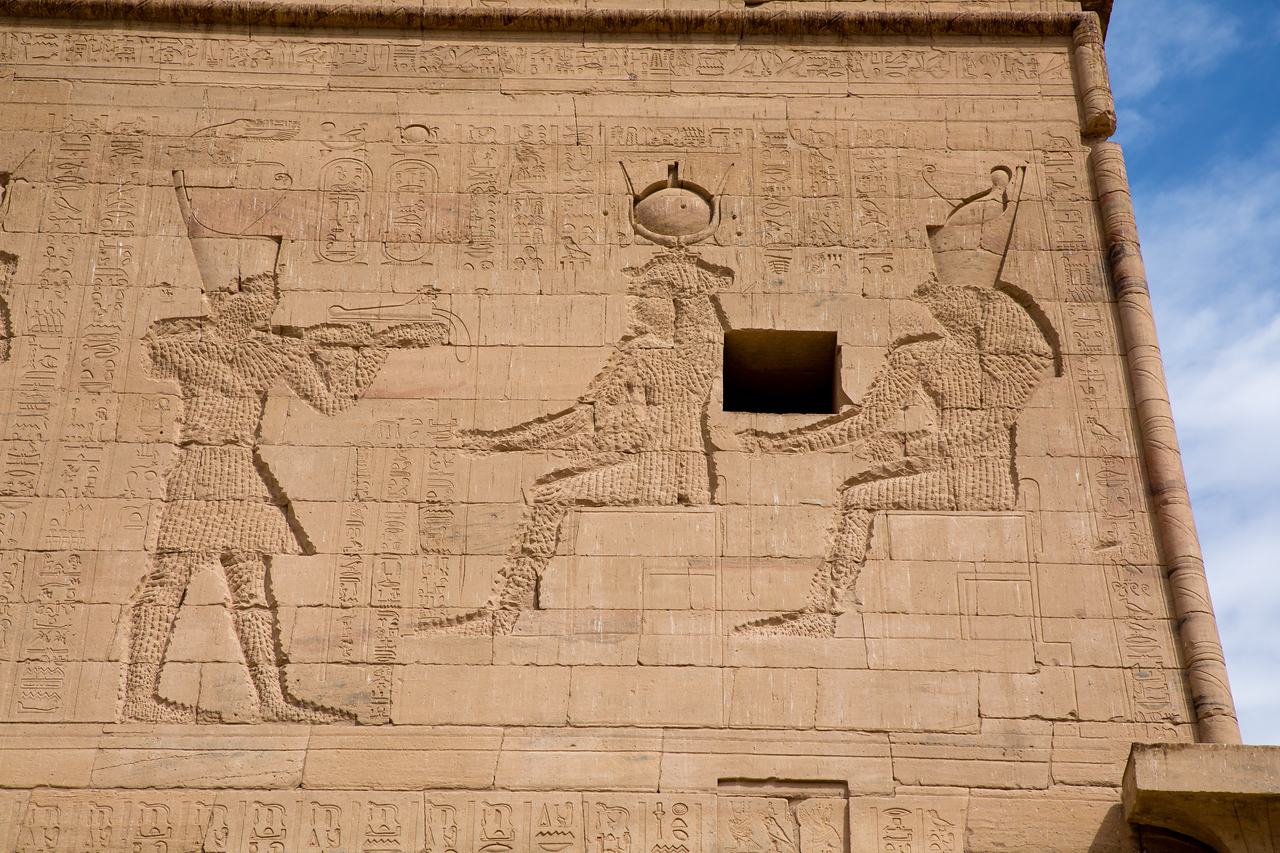 Defaced Reliefs on the Temple of Isis at Philae

Annoyances at the Temple of Isis at Philae

One of the biggest annoyances at the Temple of Isis was that the “guards” in traditional garb who, for some “baksheesh,” were willing to pose in your pictures or take you to see some hieroglyphs that you could just as easily discover for yourself. Luckily they weren’t too aggressive and would soon leave you alone if you just ignored them. A mistake that many people make (and this isn’t exclusive to Egypt), is that they politely engage the touts who then use this as an opening to more aggressively offer their services.